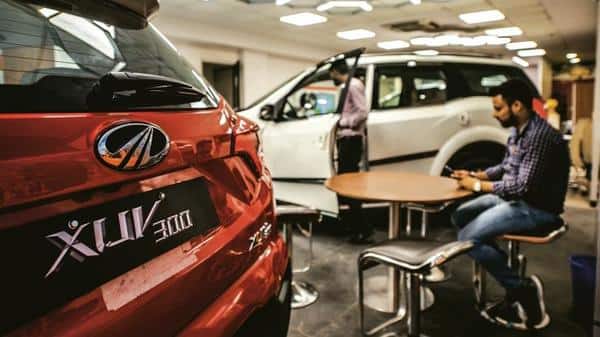 NEW DELHI: TV Sundram Iyengar and Sons Ltd, part of the diversified TVS Group and one of the largest dealers of Mahindra and Mahindra Ltd (M&M) vehicles in south India, has shut 20 M&M dealerships in Kerala and Tamil Nadu because of dwindling sales, said a person familiar with the matter.

In Maharashtra, a 46-year-old first-generation entrepreneur who used to run two showrooms of Maruti Suzuki India Ltd suffered a heart attack recently after he was forced to shutter one of the showrooms as well as two service centres. The entire business has since been taken over by another dealer after he defaulted on bank loans and a resolution process is currently underway, said the entrepreneur who declined to be named.

These are just two of several instances where automobile dealers have been forced to shut down their businesspummeled by the worst slump in passenger vehicle sales in about two decades.

Sales of two-wheelers and commercial vehicles have also suffered a decline, adding to the woes of dealerships.

About 300 dealerships are estimated to have shut operations so far since a shadow banking crisis unfolded in India since mid-2018.

This has left thousands of blue collar workers unemployed. Declining sales, low return on investment, rapid expansion of networks by car makers and diversion of bank credit towards real estate and other purposes are some of the key reasons for such business failures.

At the same time, the banks have reduced credit to dealers in an effort to cleanse their books, given the rise in bad loans.

With the sales slowdown showing little sign of easing and bank credit taking a knock, the financial health of the dealers is expected to remain under pressure for the rest of this financial year.

“We set up one of the best Nexa showrooms but since demonetization, there were one after another headwinds. Then, after the IL&FS crisis, sales started falling drastically and banks started to hound us as if we are criminals. We started with a staff of around 450 employees but got reduced to 250,” said one of the promoters of a Maruti Suzuki dealership in Maharashtra. “Finally, we are expecting some resolution in the coming months. I have to look for another profession now.”

A spokesperson for M&M said a “handful” of dealers have shut operations during “these challenging times”.

“This has been largely on account of lack of financial focus and subsequent fund planning required by them in the current business downturn. In most of these cases we have a new operational dealer in place or appointed one who would be operational within 45-60 days,” the spokesperson said.

“We are mindful of our dealer’s profitability and are rationalizing costs wherever prudent to protect the financials of our channel partners”.

TV Sundram Iyengar and Sons did not respond to emailed queries.

Dealers fear that automobile demand will continue to remain in a depressed state till the second quarter of next fiscal given the implementation of Bharat Stage VI emission norms from next April.

The new norms will ensure cleaner vehicles but will also result in an increase in vehicle prices.

According to one of the biggest dealers of Honda Cars India Ltd in south India, the situation is not expected to improve till September 2020 and suggested that dealers should shift their operating model to equity from debt.

“The problem is owners of MSMEs don’t have any cash which has impacted sales. Also, only dealers with low debt will be able to survive this downturn. Most dealers with high debt have gone out of business and now the entire model of doing this business will change drastically,” said the dealer cited above, who declined to be named.

Some of the two-wheeler makers such as Hero MotoCorp have however continued to add dealer inventory, hoping retail sales will revive during the upcoming festival season and before the BS VI emission norms come into force.

A Hero MotoCorp dealer in western Uttar Pradesh said the company is resorting to unplanned dispatches depending on the credit health of the dealers.

“Banks and NBFCs have stopped offering schemes where a customer can make a down payment of ₹2,000 to ₹3,000. Now, most of the customers have to pay much more and financial institutions have become much more selective and strict in their approach which has hampered sales. The new finance schemes have become very expensive,” said the dealer.

In a note circulated by chief general manager of State Bank of India in charge of small and medium enterprises on 1 August, the grace period for repayment of short-term credit will be extended to ease the pressure on the dealers before the festive period.

“Credit period for all the tie-up falls under auto industry, (two, four and three-wheelers and commercial vehicles) auto ancillary industry and construction equipment industry will remain the same. However, the grace may be extended by another 30 days (i.e 15 days as per tie up terms and 30 days extension) for a period of three months of maximum up to 31.10.2019, for all active and future invoices raised during this period,” said the note, a copy of which was reviewed by Mint.